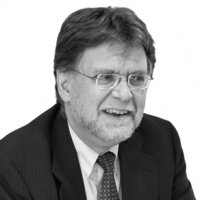 Before joining George Washington University Law School in 1999, Professor Kovacic was the George Mason University Foundation Professor at the George Mason University School of Law. From January 2006 to October 2011, he was a member of the Federal Trade Commission and chaired the agency from March 2008 to March 2009. He was the FTC’s General Counsel from June 2001 to December 2004. In 2011 he received the FTC’s Miles W. Kirkpatrick Award for Lifetime Achievement. Since August 2013, Professor Kovacic has served as a Non-Executive Director with the United Kingdom’s Competition and Markets Authority. From January 2009 to September 2011, he was Vice-Chair for Outreach for the International Competition Network. He has advised many countries and international organizations on antitrust, consumer protection, government contracts, and the design of regulatory institutions. At GW, Professor Kovacic has taught antitrust, contracts, and government contracts. He is co-editor (with Ariel Ezrachi) of the Journal of Antitrust Enforcement. Professor Kovacic graduated with a bachelor’s degree from Princeton University in 1974, and received his J.D. from Columbia Law School in 1978 where he was a Harlan Fiske Stone Scholar.