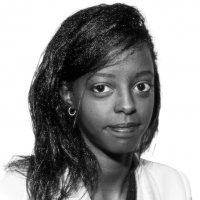 Achet-Billa Saleh is an Associate with Arendt & Medernach based in the firm’s Luxembourg office. Previously, she was a Global Events Manager with Concurrences. She also completed internships at the International Chamber of Commerce – ICC, the Paris Court of Appeal, and the Autorité de la concurrence. She holds an LL.M. in European Competition Law and Regulation from the University of Amsterdam and completed a Master’s degree in European Law from the University of Paris I Panthéon-Sorbonne. She is fluent in both French and English.