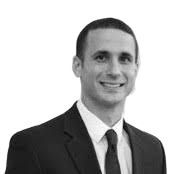 Alex Kommatas is the Vice President of Global Antitrust Compliance at JPMorgan Chase since 2019, based in New York. Before that, he was an associate in the antitrust team at Ballard Spahr LLP, which he joined in 2016. He also served as Assistant Attorney General in the Antitrust Bureau of New York State Attorney General. Alex Kommatas holds a J.D. degree from George Washington University Law School and an M.B.A. degree from Nova Southeastern University.