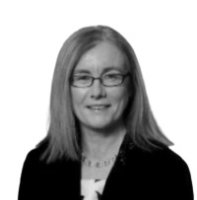 Isolde Goggin is Chairperson of the Competition and Consumer Protection Commission, which was formed in October 2014 from the amalgamation of the National Consumer Agency and the Competition Authority. The Commission is responsible for enforcing competition and consumer law, for informing and educating consumers about their rights, and for advocating on their behalf. Previously, she was Chairperson of Ireland’s Commission for Communications Regulation from 2004 to 2006, and Commissioner from 2002 to 2004. Before joining ComReg Isolde was Director of the Regulated Markets Division at the Competition Authority. She began her career in 1980 with the national telecommunications incumbent (now Eircom) as an engineer, and later moved into business management and then regulation, working with Eircom, DG Information Society of the European Commission and Ericsson. Isolde holds a First Class Honours engineering degree, a Masters in Business Administration, and a Postgraduate Diploma in European Competition Law, and is a Fellow of Engineers Ireland.